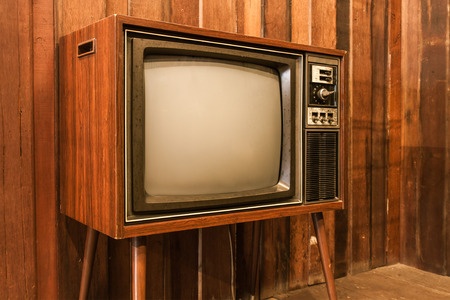 “When television is good, nothing — not the theater, not the magazines or newspapers — nothing is better. But when television is bad, nothing is worse. I invite you to sit down in front of your television set when your station goes on the air and stay there without a book, magazine, newspaper, profit-and-loss sheet or rating book to distract you — and keep your eyes glued to that set until the station signs off. I can assure you that you will observe a vast wasteland.” – Newton N. Minow, 1961

“TV does not exist to entertain you. TV exists to sell you things.” – Gene Roddenberry, 1978

It is for someone easy to watch 500 hours of television per year merely by viewing two hours a day (and this calculation excludes weekend). In May 2005, I realized that someone was me!

I have a confession. On July 1, 2005, I did something some people would consider crazy, but I think made good sense: I cancelled my cable TV. Why? First, I realized that I spent 10-15 hours week watching TV…and too often, shows I’d already seen before. Second, I did not enjoy spending $50.00 a month to watch TV. From my viewpoint, this was a debit in both the time and money columns.

Ten years ago, I knew I’d miss many of my favorite shows, but it would be worth it in the long run. I cut my digital umbilical cord on July 1, 2005. I left the Matrix! I also decided NOT to attach an antenna to my set as I rarely, if ever, watched network or local television. The end result was that none of the channels on my television could pick-up any outside signal.

The bottom line: today, I am celebrating my ten year anniversary without cable, network, or any broadcast TV in my abode. (Note: I do pay for a cable modem for my computer). In fact, in July 2010, I donated my televisions to charity, so I have not had a television in my house for five year.

Yet, I am not a Luddite and my video viewing is not completely dead. I do watch select DVDs and streaming on my own time on my computer. Also, over the past ten years, there have been more and more ‘streaming’ options via the internet (YouTube, Netflix, Amazon Prime, Hulu, DailyMotion, HBO). I will admit: I received very good value from my Netflix subscription, the local library, as well as select viewing of shows via the internet. Over the past ten years, I have watched everything from Hollywood Movies to BBC documentaries. This strategy has three wonderful benefits:

The only real consequence of not having access to television is that I could not join into conversations about the latest shows or the new and amusing advertisements. Nevertheless, this small inconvenience was well worth all the productive time I’ve gained over the past 3650 days. Besides, many TV commercials are now posted online, such as Superbowl Ads, so if I really wanted to see them, I often had that option.

I think everyone should try this. Live some of your life with NO TV. My challenge: Try 30 days without any network, broadcast, or cable TV. Do allow yourself an occasionally DVD or streamed movie, if you like. If that works, try to go for 90 days. Although it seemed hard the first week, I found this to be much easier than one would believe. If you have a favorite show that you really do not want to miss, it is likely on DVD or online and you can watch it another time.

On your deathbed, I can guarantee that you will not regret missing any Television shows from years earlier. After living so long without a television in the center of my living room that I do not plan to hook-up cable anytime soon.