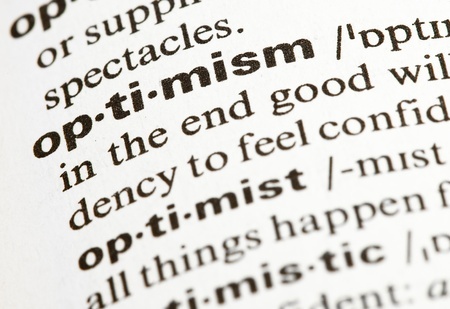 Humans act, perform, and achieve in accordance with their optimism. The bottom line is that your mindset matters! Common sense would predict that if you believe you will fail, you will probably not even try. Science suggests this is correct.

In the early 1990s, Charles Snyder, a psychologist from the University of Kansas, found that Positive Thinking gave people an incredible advantage over peers. He was quoted in the New York Times (December 24, 1991) stating that “hope has proven a powerful predictor of outcome in every study we’ve done so far.”

His study on nearly 4000 incoming freshman indicated that optimism was a much better predictor of high scholastic performance than SAT scores. The full study was published in the November 1991 issue of The Journal of Personality and Social Psychology.

Since that time, various other psychological studies and other tools, such as the Herth Hope Index, have helped demonstrate that this kind of Positive Thinking enhances the likelihood of success.