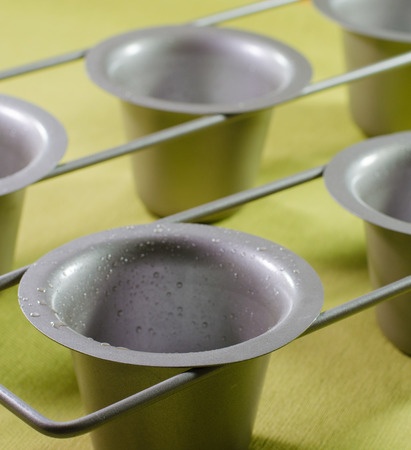 Question for the Day: Does one really need two crock-pot slow cookers or multiple blenders?

A few days ago, I got a wonderful surprise from a friend: a popover pan! If you are new to joy of popovers I suggest you check out The Perfect Popover site for more background.

However, after bringing this gift home, I realized that my kitchen drawers and cabinets were completely full. I didn’t have room to store it….or did I?

I began to reflect on the Pareto Principle. Then I remembered Dr. Joseph Juran’s phrase of the “vital few and the useful many” as he preferred to call it later in his life. I think the majority of people who spend a great deal of time in their kitchen will agree that they use approximately 20% of their pots, pans, utensils, gadgets, and labor-saving devices 80% of the time. Conversely, 80% of the other items are only occasionally part of the food-preparation process (e.g. 20% of the time or even less).

This meant that the majority of the things in my kitchen were used a minority of the time, and these rarities were taking up valuable space. So, I decided to spend last Saturday morning re-examining my entire kitchen in order to eliminate some of the clutter. Here are the basic guidelines I used to re-create my 80/20 Kitchen:

My Answer for the Day: No, I did not need so many crock-pots (2) or blenders (3). In addition, did I not want a slightly broken egg timer nor an unopened cheese slicer from ten years ago.

The Bottom Line: With the above basic guidelines, it was simple to decide what to remove and what to keep, without nostalgia clouding my judgments. After the clutter was taken away, it was easy to optimize the kitchen and I knew everything remaining would be used. Plus, it felt good to know that these other items would be functional again and not simply lying dormant in my kitchen.

The good news is that my new popover pan has a very happy home, my kitchen is more organized, and there is a lot more empty space in my cabinets and drawers. This activity is something anyone can do in a few hours and it has an immediate pay-off (both functional and emotional). I suggest you try this exercise and re-organize so you can have an 80-20 kitchen too.