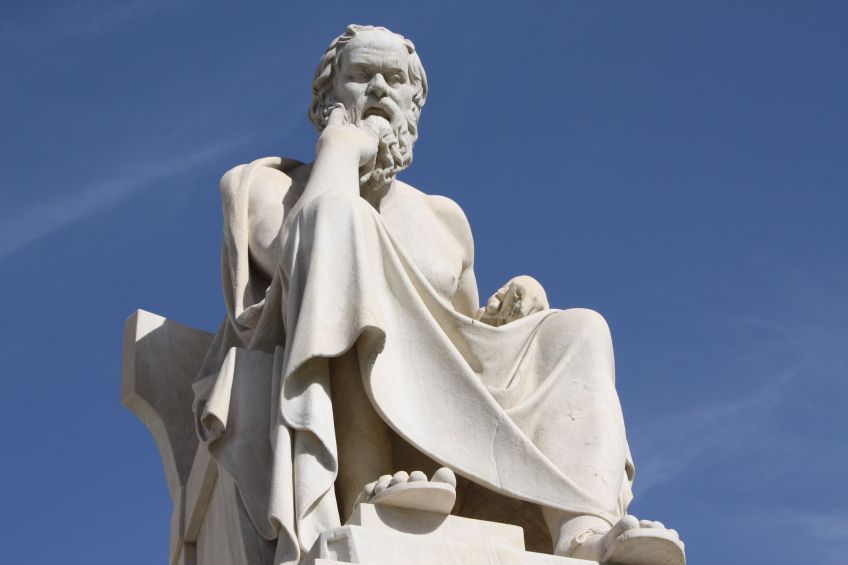 “The most difficult thing to do is know thyself.” – Thales

The very first Greek philosopher, Thales of Miletus, was not only a brilliant mathematician and early scientist, but a very shrewd trader and investor. One anecdotal story about his life suggests that he become wealthy by procuring an absolute monopoly on the olive presses one year, after predicting a good harvest, based on his observations of the weather patterns.

Do philosophy and business still mix? Well, there is an interesting article in the June 2006 issue of The Atlantic Monthly entitled The Management Myth. This was written by Matthew Stewart who studied philosophy at Oxford and has worked as a business consultant. The tagline of the piece is “Most of management theory is inane … if you want to succeed in business, don’t get an M.B.A. Study philosophy instead.” It is worth a read.
However, I think Thales understood a fundamental business principle over 2500 years ago which is still relevant today. When he was asked how one may live most virtuously, most justly, he responded “that for which we blame others, let us not do ourselves”. This is a variant of the Golden Rule. Now you know what Thales would (or wouldn’t) do!