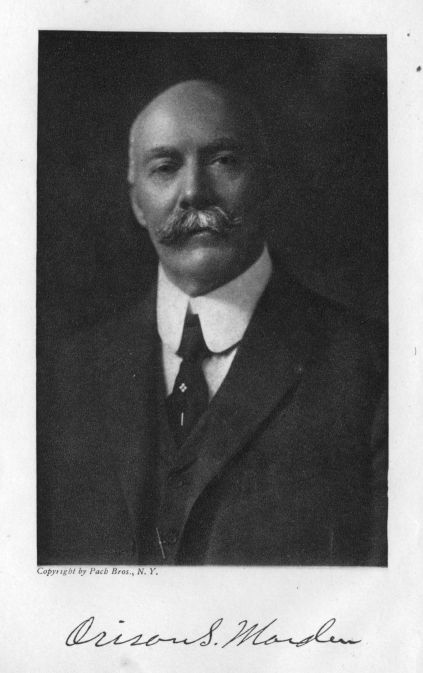 A good system shortens the road to the goal. – Orison Swett Marden

I just re-read Orison Swett Marden’s best-selling book Pushing to the Front. The original was published in 1894, and it is quite lengthy at 800+ pages and 70 Chapters.

Nevertheless, do not let the age of this volume fool you as it still has some valuable nuggets! Some of the material is a little dated; however, the lessons still resonate today. It certainly inspired many people around the beginning of the 20th century. Theodore Roosevelt, Thomas Edison, Henry Ford, Harvey Firestone, and J.C. Penny all declared this one self-development book had profoundly influenced them.

Here are some wisdom quotes from Orison Swett Marden: