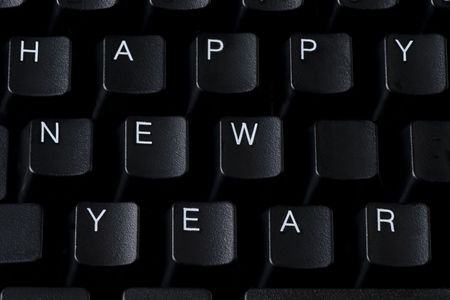 Happy New Year! Are you planning your New Year’s Resolution for 2016? May I suggest something different?

New Year’s Resolutions are often extremely difficult promises to keep, even if they are private affairs and known only to oneself.

A great example if this found within Samuel Pepys’ famous diary. Samuel Pepys (1633-1703) was a member of British Parliament, a member of the Royal Society, and a Naval Administrator. His nearly 10-year long daily diary has become a vital and unique document for historians as it is an eyewitness source for such events as Great Plague of London (1665-1666), The Great Fire of London (1666), and the Second Dutch War (1665-1667).  Since this was a private journal and only became a public record during the nineteenth century, most of the interpretations and analysis about himself can be taken at face value.

On December 31, 1661, Samuel Pepys penned his New Year’s Resolution “I have newly taken a solemn oath about abstaining from plays and wine, which I am resolved to keep according to the letter of the oath which I keep by me.”

Although he did not mention any drinking per se during the next twelve months (although he recorded a wide variety of dinner parties and trips to the tavern), he did write the following entry on March 1, 1662 “Thence my wife and I by coach, first to see my little picture that is a drawing, and thence to the Opera, and there saw Romeo and Juliet.” Additionally, later that year, he saw an adaption of Shakespeare’s Measure for Measure.

Yet, Samuel appears to have forgotten any infractions of his oath and credits his happiness and success to it. He summarized the year on December 31, 1662: “Thus ends this year with great mirth to me and my wife…and yet would not have been so much if I had not lived a very orderly life all this year by virtue of the oaths that God put into my heart to take against wine, plays, and other expenses, and to observe for these last twelve months, and which I am now going to renew, I under God owing my present content thereunto.”

Of course, the majority of people who make New Year’s Resolutions, including myself, have broken their promise or failed to achieve the desired outcome, but then decide to ‘renew’ an identical plan the following year, just like Samuel Pepys!

Albert Einstein once said that one definition of insanity is doing the same thing over and over again and expecting different results. This is why I suggest setting Goals, Not Resolutions for 2016.